Bowie is misusing the 2022 bond money 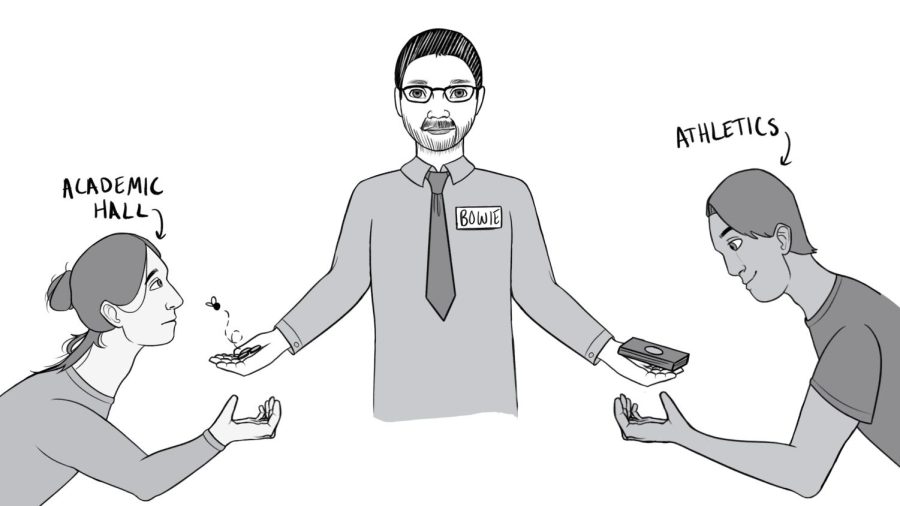 Recently in the Austin Independent School District, a new bond has been proposed and approved as of August 2022. Bowie will be getting just over 24 million dollars from this 2.44 billion dollar bond. And what will Bowie be doing with this money? Well thankfully for our purposes and our purposes only, the school has made it clear what they want to do with it. In the Bond Proposal plan Bowie says that priority #1 may include plumbing, security, heating and air conditioning, etc. This is good and these things (specifically air conditioning) is something that Bowie students desperately need. It is no secret among Bowie students that the Academic Hall is one of the oldest and most run-down buildings in the whole school. Last year this building lost water due to pipes bursting three times throughout the school year. It would be amazing if Bowie put the money towards improving the academics as much as they put money toward building the athletics and fine art buildings. But the security, plumbing, and air conditioning isn’t the only thing Bowie is looking to improve.

Priority #2 for Bowie is soccer/football field upgrades. They want to re-turf the football field and improve the seating and lighting. The field that Bowie has watered all summer long in intense heat despite Texas being in an ongoing drought for almost a year now. This is also a practice field and I have seen that field and truly do not understand the reason that they insist on putting a large amount of money toward it. Returfing a field costs anywhere between $750,000-$1,350,000, not including the lighting and seating Bowie says they want to add. The lights and bleachers will most likely cost some hundreds of thousands of dollars on top of that. All of this money will be going to a practice field. All of this is also doubled if Bowie chooses to do the same thing to the other, smaller practice field that’s next to the track.

So why would Bowie do all of this when this money could easily be going to the crumbling, asbestos-filled Academic Hall? Well, the reason is a little something I like to call High School Politics. No, I’m not talking about the student council. I’m talking about high school’s doing only the things that they think will make them money and a reputation in UIL events instead of actually doing what is good for students. A very good example of this is the Hays High School stadium. The Bob Shelton stadium opened in 1969 and was named after the current football coach at the time. The stadium houses a turf field, concession stands, and 8,600 stadium seats. The only thing wrong with this is that Hays High School’s football team has never won anything particularly amazing. The most they’ve done is gone to the state semifinals and lost. But, track and field on the other hand has won a number of state awards and so has the band. UIL events such as athletics and band competitions win competitions which puts the school’s name on the map.

If for some miracle reason the school decides to use the money to do something that is actually good for the students, what should they do? Improve the Academic Hall. When the Academic Hall was built it was built with asbestos in the walls. Asbestos is a mineral that if inhaled can cause asbestosis, a chronic lung disease that cannot be cured. This is why in 2018 the school had to shut down for several days because someone broke all of the windows on the first floor of the school. The sealing of the windows had asbestos in them and it was released into the atmosphere at an uncontrollable rate, causing the shutdown. Instead of fixing this problem, since 2018 Bowie has chosen to build two new entire buildings.

Another thing that needs fixing is the air conditioning in the Academic Hall. Bowie says that this is one part of their first priority but I think that the administration doesn’t understand just how bad this is. I have a class without air conditioning. This summer in Texas there have been record highs and one of those highs took place while I was in a classroom. It was 96 degrees Fahrenheit outside and it was the same temperature in the classroom. This didn’t just happen for one class period either. It happened again the next time I had that teacher and we had to sit outside because it felt better outside than it did inside. What makes all of this worse is the fact that the teacher of this classroom tried to get it fixed. At one point the school said they were going to try and find us a classroom with air conditioning, a classroom that unsurprisingly never came. And, on the first day of school, my teacher was talking to one of the vice principals about the fact that he didn’t have AC. Now, months later nothing has been done about it, yet the school doesn’t listen and it certainly doesn’t tell parents about this.

In fact, the school has a habit of either blurring details or simply not understanding the full truth. For example, a recent Bowie newsletter sent out to parents claimed that they “can report that there are always empty tables, benches, and seats available for anyone looking for one.” Bowie staff, I promise you that if anyone is not sitting at a lunch table at lunch it is broken or there is something else wrong with it. In addition, the reason that students may not be willing to sit outside in the courtyard as opposed to an air-conditioned building is because it’s 90 degrees outside in Texas.

I know that right now Bowie only has about 6 members of the administrative staff. These staffs are stretched thin and cannot cover the entire school. This is a whole other problem in and of itself and this is not an attack on the admin. From a student’s view, it looks like the staff is not doing anything about student issues or just flat-out ignoring them. It is extremely frustrating because the school preaches that they are supporting their students. They tell this narrative to Bowie parents about how the school is running smoothly and everything is okay while students struggle with things that shouldn’t be happening such as dealing with no AC or being concerned about asbestos in the walls. It feels very double-sided and doesn’t sit right with me. There must be a way that we as students and admin can work together and actually make an efficient way to solve problems in the school. This includes putting in money where it’s needed, which is not athletics. Everyone has at least one class a day in the Academic Hall, many have more, but only a small number of people are in athletics. It is pointless to put so much money into something that will not benefit a small number of people instead of putting the money toward something that will greatly increase student life campus-wide. 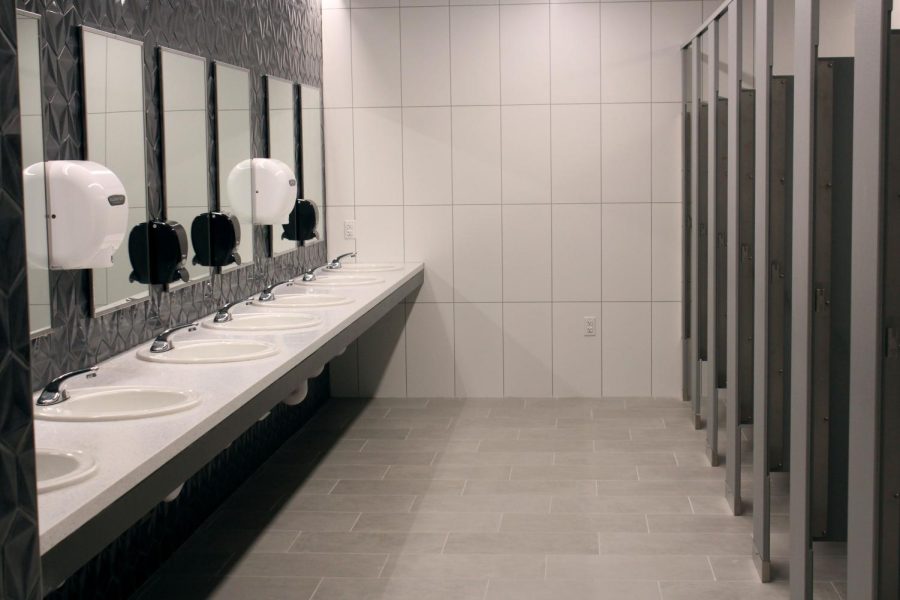 The new fine arts building has many new facilities including new bathrooms. However, since the building is specifically reserved for fine arts classes and programs, most of Bowie’s students have limited access to this building.

This past summer, Bowie completed its construction of the new fine arts building, giving more room and opportunities to students in Bowie’s coveted theater, art, and band programs. The building includes a brand new theater, dedicated to Betsy Cornwell, Bowie’s theater director for 30 years, new bathrooms for all genders, as well as larger classrooms with up-to-date tech for teachers to utilize.

However, since the building is specifically reserved for fine arts classes and programs, most of Bowie’s students have limited access to this building and cannot reap its benefits. The new building brings up questions on what and how Bowie is spending the money raised from Austin ISD’s $1.1 billion dollar bond which was voted on in 2017. Students feel neglected by this administration due to the recent expansion of class size, poor bathroom conditions with lack of soap, paper towels, and stall doors, and not to mention lack of heating and air. In a state like Texas with weather that varies from 30 to 105 degrees, a working HVAC system is essential to fostering a good work and educational environment. Students should have the right to focus on their studies, not worrying whether they will overheat or freeze in their classrooms and hallways.

Since access to the new building is limited, students are concerned about whether or not they will be able to utilize the newly-built gender-neutral bathrooms. In recent years, Bowie has made it clear to the community that as a school, they are ardent supporters of LGBTQIA+ rights. During last year’s Pride Week, which took place from March 21-25, they committed to showing the district’s support and commitment to creating a safe and inclusive environment for all students no matter their gender or sexual orientation. The fine arts building builds on this narrative of inclusivity with the addition of gender-neutral bathrooms, which creates a safe space for students who either don’t identify with either female or male restrooms or may feel uncomfortable using the restroom assigned to their preferred gender.

While this new addition is a step in the right direction to making our campus more inclusive, the new bathroom policy being enforced by the administration prevents progress from being made. The new 2022-2023 school year has brought with it many new rules from campus leaders, including a new bathroom policy that states that students in the main building are only allowed to use bathrooms directly in the hall in which their class is located. Although the policy was put in place to make sure students are safe and to prevent students from wandering around campus, it also prevents LGBTQIA+ students from using the new gender-neutral bathrooms, since the fine arts building is located on the other side of campus.

In the future, students want to see more action from the administration in regard to student interests. While the fine arts building is a great addition to the school that expands educational opportunities for students in art programs, that should be just the start. All students should have the same resources available to them, starting with basic amenities like bathrooms with soap and locks on the doors. 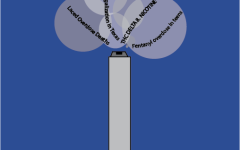 What’s the big deal with Delta-8? 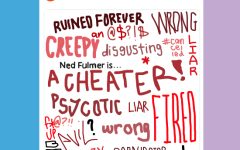 Try Guy Tries Scandal: Ned Fulmer and the affair that ended it all 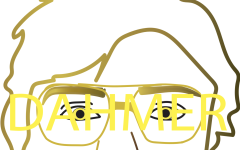 The glorification of Jeffrey Dahmer is harmful 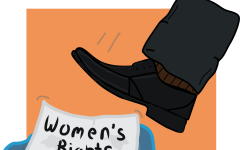 Women’s rights are being demolished 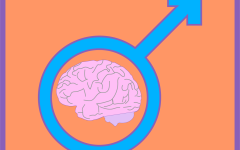