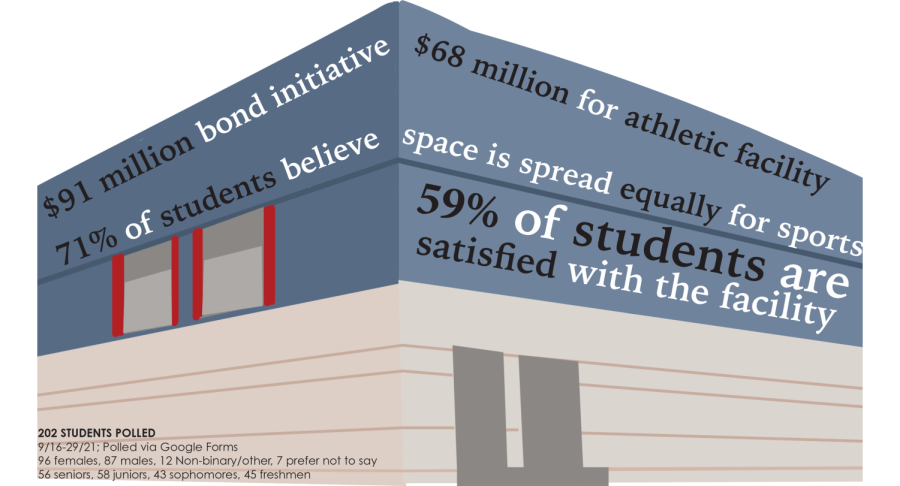 This year, the new and renovated athletic facility opened for all sports teams.

At the beginning of the 2021-22 school year, the new athletic facility opened for the use of sports’ teams and coaches. Between renovated areas for practices, larger locker space, and a brand new big gym to hold indoor games, the facility has sparked excitement in the community.

“The response from parents and teachers so far has been overwhelmingly positive, which is great,” principal Mark Robinson said. “The staff especially has had a chance to compare and contrast this new facility from the old one, because it feels like every graduation speech I’ve heard has been that this is a great school with terrible facilities.”

In addition, there are many components to separating space in the facility that were conjured up by design planning, faculty meetings, and principal decisions that hope to contribute to its success for sports teams, and Robinson was a large part of that process before the plan was officially pitched to the rest of the faculty.

“We’re in year four of a five-year project, and in the beginning, there was a lot of time to have feedback that came from students, staff, and community,” Robinson said. “We were really encouraged to dream big, and so we dreamed big, because we’ve kind of been living on top of each other for a long time.”

Specifically, sports are separated by gender, and there are places in the facility to adhere to those differences. For example, the girls’ and boys’ head coaches have separate offices, but are right across from each other so that they can collaborate if needed and have eyes on the big gym. Girls’ basketball coach Vickie Benson has had lots of opportunities to use the facility, as her team practices daily in it.

“The Bowie tagline is pride and performance, and I’m a big believer that if you’re proud of your space and feel good about it, you’ll perform well,” Benson said. “Our kids work hard, but I think they’re more proud when people come to our facility now because I feel that having a space that my team feels proud of is important.”

There’s been some debate as to whether or not the facility equally distributes space for both genders of sports. As a girls’ coach, Benson has first-hand experience with battling adversity, and is able to analyze whether or not the whispers of mistreatment are actually present in the environment for all parties involved.

“We have more males involved in athletics here than we do females, and there are hundreds of football players and not as many girls’ athletes, so the fact that they have more coaches is rightfully so,” Benson said. “I want to make sure the picture is painted properly because there may appear to be more representation for boys’ sports, but there’s a reason for that, because they’re two different things. If you have 100 on one side and you have 30 on the other side, both sides have the resources that they need for their size.”

The volleyball team has also gotten to use both of the new gyms for their practices, and bring large amounts of spectators for their games in the new big gym on Tuesday and Friday nights. With a game going on at the same time as football, senior Maya Cottam describes the impact the change in spectators has on the team’s performance.

“Football games definitely impact how our games look because we definitely don’t get as many fans, which is hard because they’re really the ones that bring the energy that supports us through our matches,” Cottam said. “The football game is another mental block for us to work through to focus on the game that we’re playing rather than thinking ahead to the football game after ours.”

For Silver Stars, the new facility has aided them through the use of the small gym, which is significantly larger than their previous dance gym. With this said, the year-long sport does not have access to the girls’ locker rooms, as the seasonal sports do.

“The new facility has given Silver Stars the opportunity to practice in the  new small gym with air conditioning. However, we have to share the small gym with several other organizations. On game days, we have to put all of our uniform pieces and equipment in the studio, out in the open, with several dance classes coming in and out throughout the day,” senior Kaitlyn Chambers said.  “We’re not given lockers, so on an average practice day we have to carry our practice clothes, makeup, shower stuff, change of shoes, etc from class to class.”

Space and money were allocated for different sports based on many different aspects of them when planning the facility. With this said, budgeting hasn’t allowed for every sport to have a gym space in the new facility, specifically wrestling. The wrestling team currently uses the old weight room connected to the academic building to roll out mats and practice on. However, the old weight room is undergoing renovations from the district, such as new paint on the walls, and permanent mats that will be put down for practicing.

“When I first heard about the new athletics facility we were getting, I was hopeful. I figured that wrestling, the most successful program at the school, would get a room in the gym and could have a fresh start,” senior wrestler Joshua Moreno said. “As time went on and I was told it wasn’t going to be in the new facility, I was heartbroken because although I would only have the new gym for myself one year, the future of Bowie wrestling was impacted by that decision.”

Wrestling has also experienced more changes this year, with the hiring of a new head coach, Tyson Dobinsky, from Westlake High School. Although Dobinsky was aware of the placement wrestling would have, parental complaints still arose regarding the old weight room.

“I already met with our parents and talked about the situation, and it was a tightrope of acknowledging that every other sport is in that area and has something over there with the reality that we don’t, but we also got our own room,” Dobinsky said. “Every sport here has some positives and some drawbacks, but they’re doing the best they can to make things better for everyone.”

Although the facility’s budget didn’t have room for wrestling, before this year, the team shared the small studio with other teams, constantly having to pack up their large and heavy mats every day.

“I am glad we got our own space because prior to getting this room we had to share a room with dance, so it wasn’t ever really a “wrestling room,” but more of a feeling like when you stay at a friend’s house for the first time,” Moreno said. “Although it’s not in the new athletic building, the steps we are taking to improve the room are going to benefit us in the long haul if the program survives.”

The panel Robinson contributed to emphasized the need to set aside money for different sports to assure that space and equipment in the facility would be separated equally. There was an initial bond of $91 million for the five-year construction project, and around $68 million was set for constructing the new facilities.

“Of course, there’s the reality that budgets and resources are not unlimited,” Robinson said. “We held a lot of meetings with everybody directly impacted with the space and gathered feedback from them, but Coach Ables was the one most involved with it, as he is the athletic coordinator.”

Along with that position, coach Jeff Ables is also the head football coach, and has extensive experience with addressing issues presented by the sports teams. When in the process of the new facility, the distribution of space in the facility lined up with the amount of funding that was received in the bond.

“I think every athlete and every PE kid in our program is getting something out of this new facility,” Ables said. “Everybody has a little bit, while tennis has the parking garage courts, and wrestling will compete in the big gym; everyone can use the weight-room, so I think everyone is really excited about it.”

For wrestling, their finances were distributed differently than the quintessential space given for the facility. With the old weight room, they were not technically put on the bond for new equipment or a room, but the district allocated money for the new weight room to be fixed up, specifically painted, so that the team would then be able to put mats down and have a permanent room for practice.

“Everybody gets what they need, like if you were to take a one-day picture, some sports are going to look better, but when taking into account the entire picture, everyone is given materials to suit them,” Dobinsky said. “When seeing the old weight room for the first time knowing that this school was 6A, I was shocked, but it’s definitely taking the long view and realizing that this is going to be fixed for us.”

According to Robinson, the new construction has the  power to represent Bowie’s sports’ teams and community in a renovated way to pay homage to the athletes working towards a 33-year legacy.

“With this bond initiative, we had the opportunity to make the facility reflect the amazing work and learning we have,” Robinson said. “We’re so fortunate to have all of these talented people in one space, and we need a facility that reinforces and resembles that work; there’s definitely an appreciation and a desire to keep it nice, and we want to preserve and maintain it.” 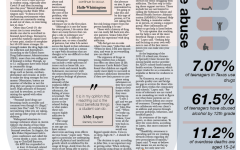 Under the influence: teenage substance abuse 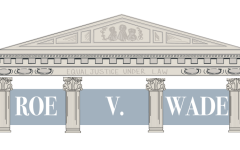 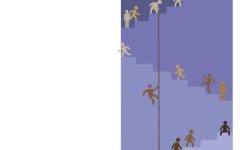 The race of the races 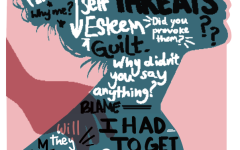 The Face of Domestic Violence 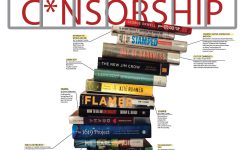