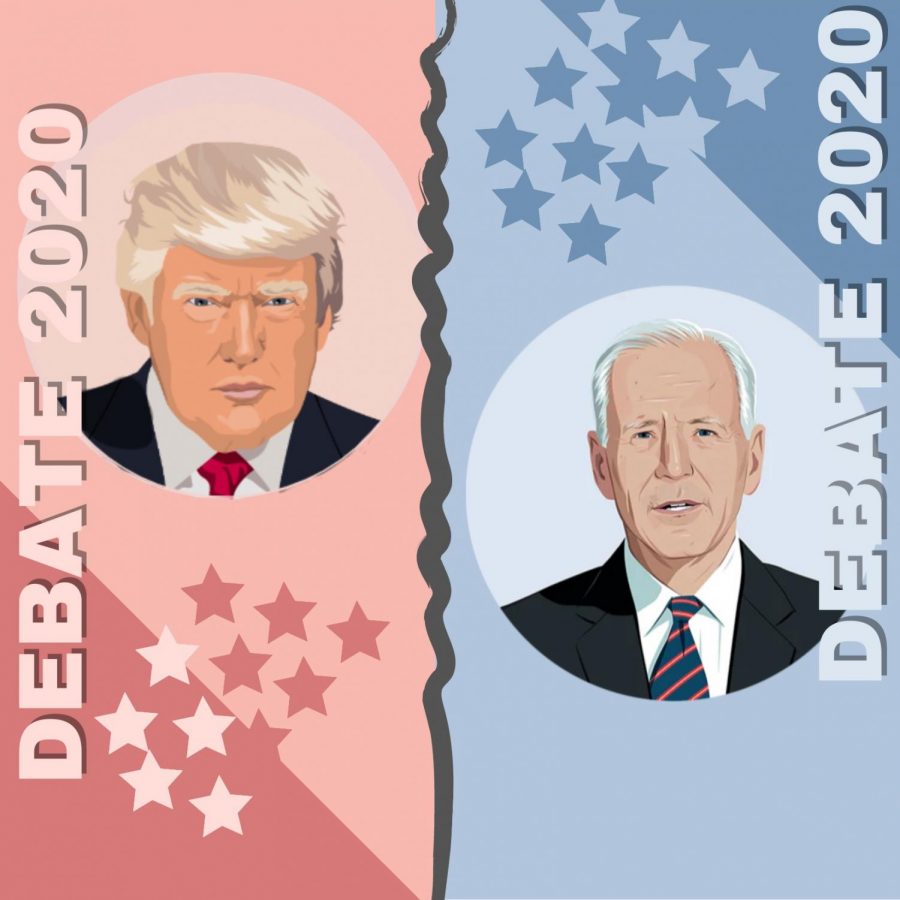 Did anybody else watch the Presidential Debate on Tuesday, Sept. 29, and think, am I really watching this? Is this the official debate between the two prospective leaders of our country? Because that was all I was thinking as President Donald Trump interrupted and disrespected that poor moderator Chris Wallace, and as Democratic Presidential Nominee Joe Biden called Trump a clown and told him to shut up.

Honestly, I am wholeheartedly disappointed in the behaviour of our president and former vice president in that debate. There was no respect for the basic preset rules that each party had agreed to, as well as more backstabbing than Brutus did to Caesar. The debate was a disgrace to the tradition and provided no fully-formed information on either’s policies.

Instead of real and honest policy debating, we were given personal jabs at the other candidate’s character, numerous false claims, and half-developed statements about COVID-19 and healthcare. I honestly think that I came out of that debate knowing less about their plans for our country than I knew going in. In short; it was a hot mess. Just the sheer fact that I, as a 17-year-old, could debate more respectfully with my peers than our two presidential nominees could do with each other is mind-boggling and unbelievably frustrating.

I will say, however, that Trump’s strategy of continually interrupting Biden and making personal jabs at his sons and repeating buzzword after buzzword (i.e.Antifa, radical left, law and order, socialism and 47 years) was effective in its own right.

Firstly, it caused Biden to stoop to Trump’s level and act as unprofessional as him out of frustration, as shown by Biden calling the President a clown and saying “Will you shut up, man,” to Trump. It also did not allow Biden to get a clear message out and caused the viewers to not be able to learn more about his policies. Lastly, it distracted Trump’s supporters from the centrist policies that Biden had by using the usual buzzwords that get their attention and rile them up without any facts or evidence to support his statements.

There are two reasons in my opinion that Trump would do this. Reason number one is that he was unable to find the Wikihow page on respectful debating and read their step-by-step instructions on how to debate someone with more poise than a 2-year-old. Reason number two is that Trump knows that he does not have his plans together, so by throwing Biden off of his rhythm, Trump can make Biden seem just as ill-prepared as he is. While this is an unethical and immoral way of debating, this is not off-character for Trump and was effective in keeping the support of his die-hard followers.

On top of the Tuesday night debate looking more like a “Real Housewives” reunion than an official Presidential Debate, there were numerous false, misleading, or exaggerated claims that night (made mostly by Trump), with some of my favorites being: Trump’s claim that he is getting insulin “as cheap as water”, Trump claiming that we are weeks away from a vaccine for COVID-19, and finally Trump claiming to have paid “millions of dollars” in taxes without the proof to back it up.

All in all, that was not a good debate, and I personally have my popcorn ready for the next one because it looks like it will probably go down just as chaotically.