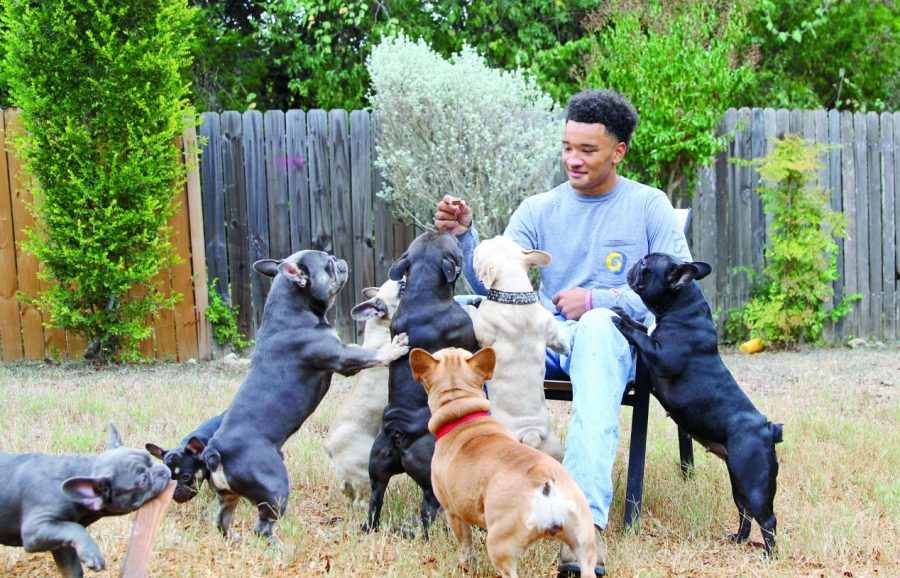 HOLDING A TREAT: Senior Trinadad Sanders is surrounded by his eight French Bulldogs. Sanders has been breeding multiple types of bulldogs such as Brindle and Moreau Bulldogs.

Entering his home, he is greeted by eight energetic dogs, each bursting with happiness due to his arrival. The excitement from the canines creates a warm-hearted feeling and an immediate interest in their presence. Settling them down, he removes his backpack and embraces a job that has become part of his everyday life.

Senior Trinadad Sanders has been breeding bulldogs with his father for two years.

“It started when my dad wanted a bulldog,” Sanders said. “While looking around for one he saw on Facebook that they sell for a lot, so he bought one, then another, and now we breed multiple bulldogs.”

Sanders and his dad breed two specific types of bulldogs, each with their own unique color.

“We breed French and English Bulldogs and we have all different colored ones,” Sanders said. “There is Brindle, which is black and gold color, there is a bright white color of bulldog, and lastly the Moreau, which is seen to be really rare and expensive and is a mix of off white, brown and lilac color.”

For the month that the each of these bulldogs breed, there are specific processes Sanders must follow, such as finding out when the female is ready to breed.

“The females bleeds every four months,” Sanders said. “Once they bleed you take some of the blood and put it into a progesterone test, which spins the blood and gives you a number which represents if the female is ready to breed, then we choose specific male dogs to breed with our females.”

The bulldogs are teaching me to be prepared for anything and always hustle, it shows me how to take care of animals and the things around me, which connects to my interests in law enforcement agencies.”

After 62 days, the female will have puppies, which are taken care of by Sanders and his father, until they are sold.

“Playing with the puppies is extremely enjoyable,” Sanders said. “We get to keep them for about six weeks before we sell, and they are always an exciting part of the breeding process.”

For successful breeding, each bulldog must be kept in good condition and taken care everyday.

“Exercise is the main way to keep the dogs in good condition,” Sanders said. “We also have to feed them right so they don’t get too large.”

From assisting the females while they breed, to the selling of the puppies, Sanders’ father, Tony Sanders, believes this business is a large role to take on.

“You have to have passion for breeding to continue doing it,” Tony said. “It is a lot for work, and becomes a 23 -hour a day hobby.”

Tony’s part in breeding is a significant piece of the organized and successful business, due to his prior experience in the process.

“I used to breed German Rottweilers,” Tony said. “I work hard to get puppies with good structure and use my knowledge to most accurately predict on what colors the puppies will end up being.”

Even with the additional work that breeding brings to Sanders’ everyday life, in his family as a successful process financially, due to the location that they sell their bulldogs.

“The business is specifically successful in Austin because not a lot of people breed dogs in this city,”  Sanders said. “We sell the bulldogs in multiple ways, Craigslist and Facebook are the most common but I’ve gone downtown and shared my card with people in the streets, that make good business also.”

Sanders’ bulldogs have also been successful in social aspects.  With an organized business and well-cared for dogs, it leaves customers pleased with their puppy, according to a Bowie customer, Robyn Andrews.

“I bought two French Bulldogs from Trinidad, one for myself and one for my sister, Ashton, so she would have a companion in law school,” Andrews said. “Trinidad did a great job, the puppies have grown healthy and are joyful additions to have in the family.”

Overall, the breeding business contains multiple jobs to complete, and requires important roles to be filled by Sanders and his father.

“Trinidad gives suggestions and helps with the overall health of our kennel,” Tony said. “I finance the operation and select which dogs to breed that work best with our kennel.”

Although the dogs are not for the Sanders to keep forever, they work hard to make the bulldogs feel at home

“We care about every single dog we breed; we take them all on walks and they all sleep in my bed,” Sanders said. “We had a smaller puppy the one time, and we had to hand feed her. I didn’t think twice to stay up all night to make sure the puppy was okay.”

This loving supervision for each dog they take care of is seen as a positive method in Sanders’ eyes.

“We have them for six months, so we feel it’s good to get attached and name them,” Sanders said. “It shows we care for each and everyone one even though we eventually give them away.”

With the experience of breeding bulldogs, Sanders sees himself using his knowledge from the business outside of the kennel.

“The bulldogs are teaching me to be prepared for anything and always hustle.” Sanders said. “It shows me how to take care of animals and the things around me, which connects to my interests in law enforcement agencies.”

Along with knowledge to use in the future, Tony believes the bulldog breeding business has created stronger bonds in the Sanders’ family.

“Anytime you have a hobby with your kids it brings quality time for you and family to become closer,” Tony said. “Trinidad brother Tony Jr. is involved as well in the process, so breeding has become a memorable family thing we all do together.” 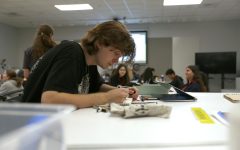 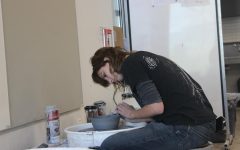 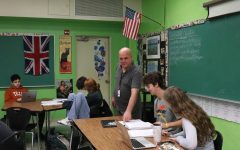 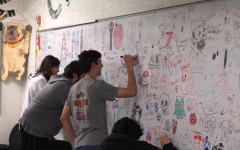 Rocketry club blasts off to competition