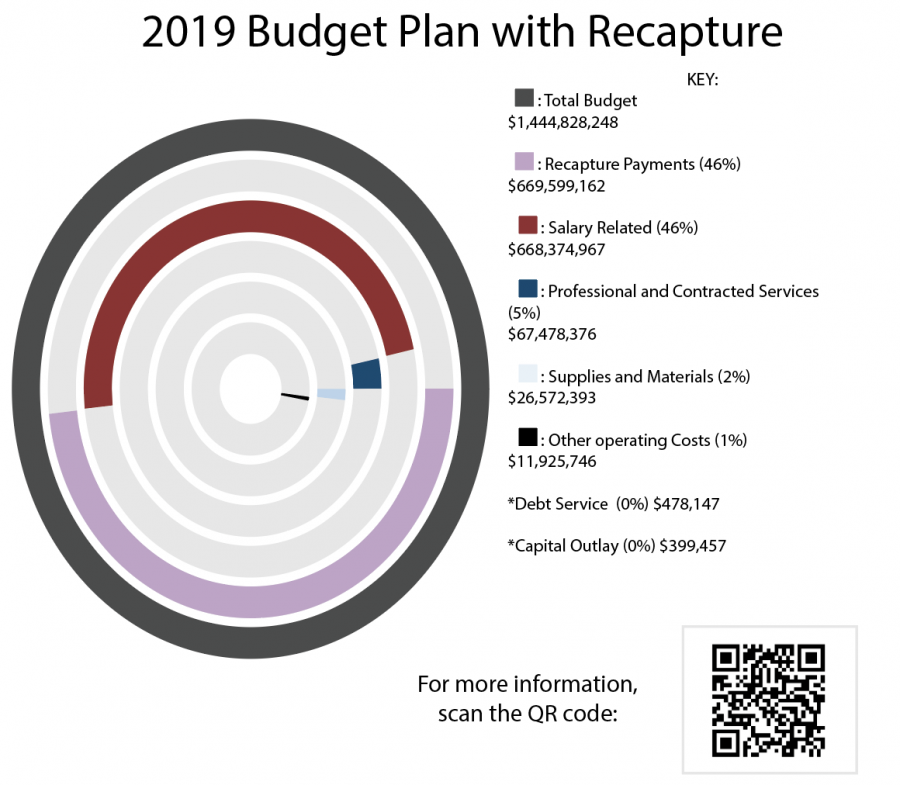 The AISD 2019 Preliminary budget plan states the district aims to “stay away from” budget cuts, however due to declining enrollment, raised property taxes, and raised recapture, it may be unavoidable.”

On November 26, the AISD Board of Trustees meet to discuss proposals on how to handle the expected nearly $30 million deficit.

“Budget reductions are always difficult,” Principal Mark Robinson said. “What do we cut?”

The proposed cuts include; potential school closures, taking away a planning period from teachers, adjusting school boundaries, increasing class sizes, and getting rid of school organizations that may be too costly.

“87% of AISD’s budget is payroll, the real issue is the way that the state funds schools,” Robinson said.

Based on state funding, the amount of recapture, redistribution of tax dollars from property-rich districts to poorer ones, is only going to continue to increase and will total about $3.7 billion paid to the state since 2002.

“Austin ISD is required to send $670 million to the state in recapture,” Robinson said. “The district wouldn’t have a budget deficit if it had those funds.”

Despite, the recent approval of a multi-million dollar bond aimed towards improving campuses in Austin, the district is still struggling with financing.

“I honestly haven’t paid as much of attention as I have been wanting to, to the bond, but I am a little confused about why there would be budget cuts,” sophomore Tiffany Ard said. “I thought the bond was supposed to add financial support for AISD and Bowie but I don’t know enough information to have a strong feeling about it.”

Despite the possibility of potential budget cuts, students hope changes made provide a positive impact for the remainder of their time at Bowie.

“I hope they take into consideration what we want as well as what makes sense for the schools because we are the students and spend a lot of time here,” sophomore Katie Puperi said.

Overall, the decisions will be made at the district offices. Between the Superintendent, who has some decision powers, the Board of Trustees, and the Budget Stabilization Task Force has their many decisions to make to balance the budget.

“Principals have been involved in reviewing and providing feedback on a comprehensive list of proposed cuts,” Robinson said. “I believe the district has been very comprehensive in the approach to solving the budget deficit.”