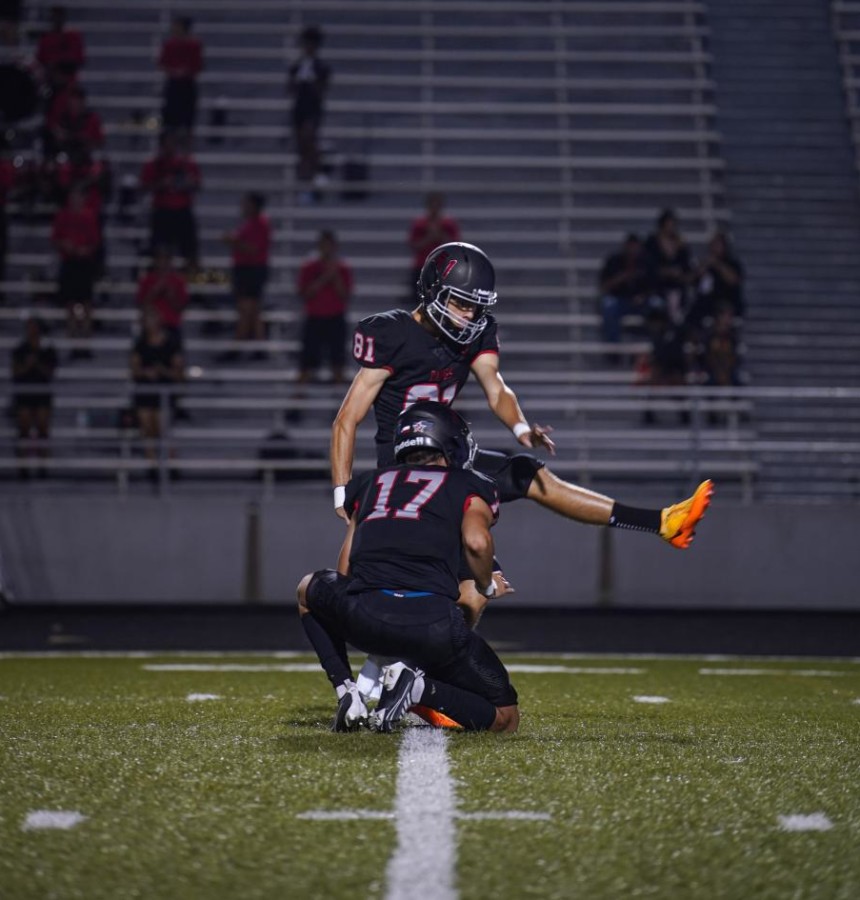 Blackout night brings a win for the Bulldogs against Del Valle with a score of 64-0. The student section dressed in black to show school spirit. The next game will be against Anderson tonight at 7:30 at House Park Stadium. Tonight’s game will host Coach Jim Acker and Coach Tommy Cox as honorary captains. Coach Tommy Cox coached started coaching for Bowie in 1988 before retiring from coaching in 2001.