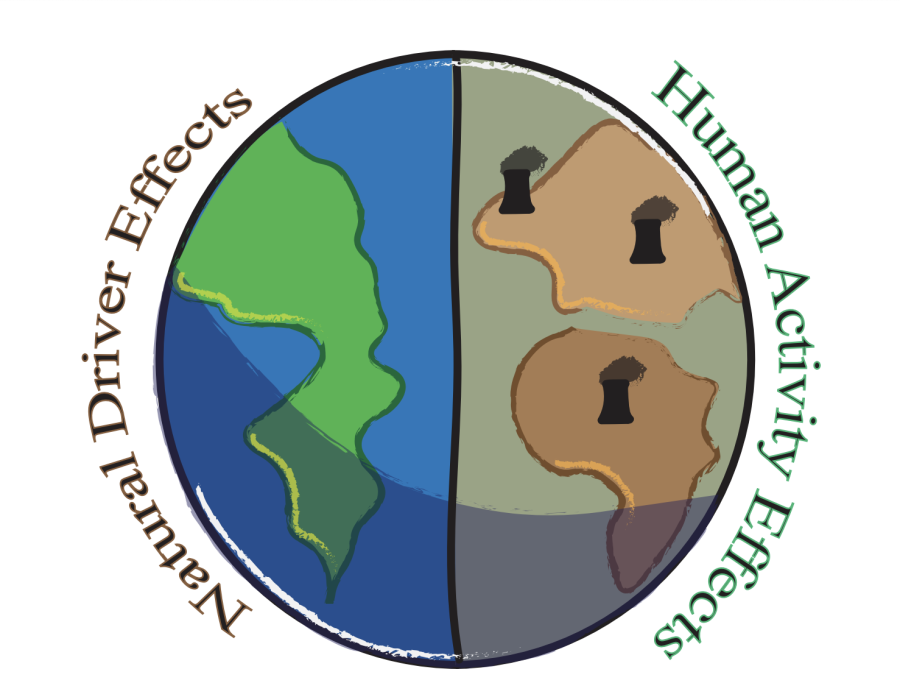 When the Intergovernmental Panel on Climate Change (IPCC) released its study on the mitigation of climate change in April of 2022, it reaffirmed what scientists around the world have been trying to tell us for years, if not decades. We have frightening little time left to change our habits before we find ourselves on an irreversible path to destroying our precious planet, our home.

Over the past few decades, the effects of climate change have become increasingly more apparent, and scientists are continuing to sound the alarm. NASA climate scientist James Hansen is one of the many activists around the world who has been advocating for changes to solve the world’s climate crisis. In 2011, Hansen and other activists took to the White House in protest and demanded for the Keystone XL Pipeline construction to be stopped, as it would further perpetuate our country’s reliance on fuel sources that add to global warming and greenhouse gas emissions. Along with this, the pipeline would also cut through important ecosystems and threaten those ecosystems with the risks of leaks and spills. And the Keystone XL pipeline is only the tip of the iceberg when it comes to climate destroyers.

The overwhelming urgency of Hansen and other scientists, as well as the growth of media coverage and activism is a tell-tale sign that climate change needs to be addressed now. We must pay attention and listen to these scientists’ pleas. Otherwise, more extreme weather, loss of biodiversity, loss of ecosystems, and ultimately loss of human lives will only intensify and accelerate. If we don’t come together now and fight against climate change, we will soon be living in an “unlivable world.”

So, what is climate change and why is it so important? Well, climate change is the long-term shift of temperature and weather patterns on Earth. As described by NASA, it is mainly caused by “Human Activities (primarily the burning of fossil fuels) [which] have fundamentally increased the concentration of greenhouse gases in Earth’s atmosphere, warming the planet. Natural drivers, without human intervention, would push our planet toward a cooling period.” These changes can lead to an increase in the temperature of our oceans, the shrinking of the Greenland and Antarctic ice sheets, as well as sea level rise and more extreme weather events. NASA notes that the majority of global warming has occurred within the past 40 years, and the seven most recent years have been the warmest. How do scientists know this? They have been able to study and compare atmospheric samples in ancient ice cores dating back for millenia. Evidence supports the fact that CO2 levels have increased dramatically since the Industrial Revolution, and humans have been the primary driver.

The recently released IPCC report detailed that our efforts to limit warming by 1.5 degrees Celsius by the end of the century, as set by the Paris Agreement, will be impossible “unless there are immediate and deep emissions reductions in all sectors.” On April 6, two days after the IPCC study was released, over a thousand scientists from around the world protested the continued use of fossil fuels, many chaining themselves to government and other business buildings. Many of the scientists are part of a global organization called the Scientist Rebellion. Organizers described the protest events as “the world’s largest ever scientist-led civil disobedience campaign.”

Peter Kalmus, a NASA Climate scientist who took part in the protest in Los Angeles, chained himself to the doors of the JP Morgan Chase building. The company was targeted as being one of the most significant private funders of oil and gas initiates around the world. Kalmus went on to write an op-ed for The Guardian about his experience, pleading with the world to pay attention, and wrote “if everyone could see what I see coming, society would switch into climate emergency mode and end fossil fuels in just a few years.”

There are so many ways in which we can assist in stopping the human-led factors of climate change. Most scientists agree that change needs to begin with governments around the world coming to a consensus on how to approach climate change, and how to enforce and bring about change. The Paris Agreement, which is a legally binding international treaty on climate change, was a starting point. President Biden did bring the US back into the Paris Agreement on his first day in office. The goal of the agreement is to keep global temperature rise below 1.5 degrees Celsius this century. Ultimately, this can be achieved by switching to renewable energy sources as quickly as possible, which can only happen with worldwide focus and cooperation. The US, one of the largest emitters of carbon-dioxide should lead by example, involving both the public and private sector.

Federal, state, and local governments should lead the way to reduce greenhouse gas emissions and stop climate change. The most important step that governments around the world can take is to regulate, tax, and penalize companies that contribute to pollution and carbon emissions. Governments should also offer incentives to encourage responsible corporate environmental behavior to reduce emissions and other pollutants. There are also different sectors of the economy that require specific changes. For example, our electrical grid has long focused on carbon-intensive fuel sources. Renewable sources such as wind and solar should be incorporated into the grid, with the goal of eventually replacing sources such as coal and natural gas.

Our agricultural sectors should be encouraged and incentivized to capture carbon in the soil and increase nitrogen efficiency. Our transportation sector must shift to cleaner fuels over time. And with this, the U.S. should set an example for the rest of the world, as we are responsible for a significant amount of greenhouse gas emissions.

There is a lot that can be done by individuals as well. First of all, we as individuals frequently have the option to choose a utility company that generates more than half of its power from renewable sources, such as wind and solar. Second, we can make our homes a more energy efficient place by weatherizing and using energy efficient appliances. Even things that seem small, like switching to LED light bulbs can make a huge difference over time as more people make the switch. Third, we should work to reduce our water usage. Water uses a lot of energy to treat and heat, so the less unnecessary water usage that can be eliminated, the better. Finally, we can and should think about how we travel and commute, and make individual changes to reduce emissions and increase fuel efficiency.

I can’t stress this enough; the issue of climate change is not something that we can put off anymore. Changes need to be made and they need to happen now. We have the technology and brainpower to make it happen, all that is missing is willpower.