Shows on streaming services are entertaining, yet damaging to mental health 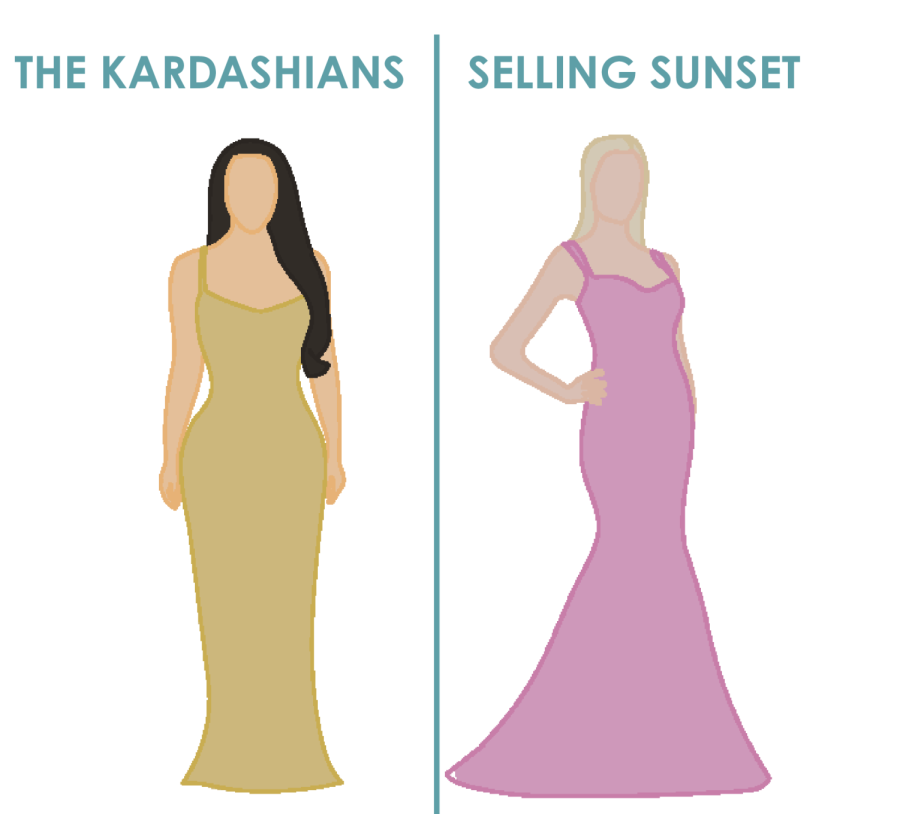 The culture surrounding reality TV has been growing as more and more reality-based shows are being added to streaming services across the world.

The culture surrounding reality TV has been growing as more and more reality-based shows are being added to streaming services across the world. For a better perspective on the topic, 68% of Americans from the ages of 18 to 49 watch about two to three hours of reality TV daily, thus supporting that 78,000 hours in one’s life are dedicated to watching reality TV. Shows like Keeping up with the Kardashians, Selling Sunset, and Summer House are exceptionally popular, as they are supported by their fandoms on all social media platforms, including Twitter, TikTok, and Instagram.

Keep in mind that not all reality TV shows are bad for you. I am not telling you to completely avoid these shows at all costs, but rather to be aware of the mental health issues that some members of audiences of these shows have. But for what it is worth, if you think that twenty minutes of a dopamine rush from a reality TV show is more valuable than actually knowing and educating yourself about the struggles behind reality TV for its viewers, then that is your choice.

Deemed in the top-five most watched reality TV shows, Keeping up with the Kardashians has taken America by storm. The show  premiered since 2007, has been running for 20 seasons, and in June of 2021 the show ended . It is currently one of the longest running reality TV shows in America, and fans just can’t keep getting enough of the show. The cast of Keeping up with the Kardashians have contributed heavily to pop culture, fashion, and so much more since it first started airing. Many of the viewers are captivated by the family’s rivalries, luxury outings, and social media scandals.

In the show, the audience watches the lives of a rich American family throughout their day-to-day lives in Los Angeles, California. The series revolves around Kris Jenner, Kim Kardashian, Kylie Jenner, Kendall Jenner, Khloe Kardashian, and Kourtney Kardashian. The show has also featured guests such as Oprah Winfrey, Ryan Seacrest, Addison Rae, and Jeff Dunham.

Although the show has a plethora of positive reviews, there are some aspects to the show that go beyond what the fans can see, or choose to realize. For one, the show is heavily reliant on social media to keep it afloat. And in a different reality, Keeping up with the Kardashians wouldn’t even be half as popular if it wasn’t for Twitter, Instagram, and TikTok.

From rhinoplasties to breast augmentations, there is a mass amount of cosmetic surgeries portrayed in the show that may create insecurities within the younger audience. In just the United States alone, over five million people have a Body Dysmorphic Disorder, and some major news sources such as mentalhealth.org argue that reality TV has contributed to this statistic. Teens today already struggle with body image, and shows such as Keeping up with the Kardashians aren’t helping.

Looking back to the actual show, the idea of following around a rich American family is very cliché. This wraps back around to the fact that the show is very reliant on social media to keep them relevant. There are countless reality TV shows just like Keeping Up With The Kardashians such as Real Housewives Of Beverly Hills, Summer House, and Lifestyles Of The Rich And Famous.

Although Keeping up with the Kardashians has a large fan base ranging in all ages, there are some aspects of the show that outweigh the typical need to just have entertainment.

After watching a couple episodes of Keeping up with the Kardashians and Selling Sunset, there are some memorable attributes to take note of as a writer for this story. The show is able to maintain the focus of the viewer by always incorporating current world events into the shows.

Streaming on Netflix, Selling Sunset has taken the reality TV world by storm with their 72% Rotten Tomatoes audience score and 6.4/10 IMDb rating. The show has been streaming since March of 2019, with a total of five seasons currently out on Netflix.

Within the show, the series revolves around the Oppenheim Group located in Los Angeles. The Oppenheim Group is a real estate group made up of eight cast members, and the audience gets to take a peek into their daily lives that are both personal and professional. Chrishell Stause, Jason Oppenheim, Christine Quinn, Emma Hernan, Amanza Smith, Davina Potratz, and Maya Vander are all portrayed on screen through their expensive designer outfits and luxury vehicles as they sell houses in the ever so rapidly growing Los Angeles, California.

Just like Keeping up with the Kardashians, Selling Sunset happens to be reliant on social media to keep them relevant, however, the show isn’t as much of a mainstream topic compared to Keeping up with the Kardashians. You can tell at a glance that while cameras follow around rich people in Los Angeles, the real estate aspect of the show is somewhat more of an original idea.

For a second rebuttal against Selling Sunset, there is an excessive amount of drama that always reflects back to the audience. This issue has the potential to impact the daily lives of young viewers, and make it seem okay to want to desire conflict within all types of relationships. Obviously now when the issue is put into words from a viewer’s perspective, it seems like something that can be detrimental to the young viewers not just of Selling Sunset but of all reality TV shows that portray drama and conflict as a healthy occurrence.

After watching a couple episodes of Keeping up with the Kardashians and Selling Sunset, there are some memorable attributes to take note of as a writer for this story. For one, the shows are able to maintain the focus of the viewer by always incorporating current world events into the shows, and the cast is always in touch with current fashion and pop culture trends.

This makes the show almost disable to some because it seconds as a some type of news source for the audience. In conclusion, with overall opinions of reality TV aside, Keeping up with the Kardashians and Selling Sunset are good shows to watch in your free time as it provides inspiration in fashion and helps the viewer to not repeat mistakes in terms of relationships in regards to the show. Don’t let these highly rated shows consume your time, as tempting as it might be.