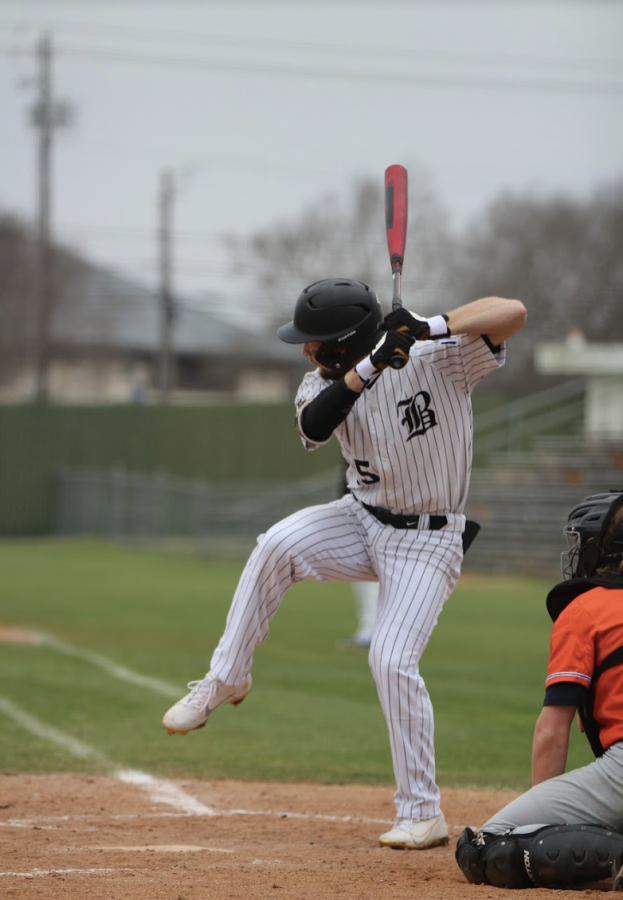 As the season comes to an end, the baseball team recaps on their season.

The varsity baseball regular season has come to an end. With the team’s great play during the regular season, they were able to earn a spot in the playoffs, competing for a state championship with the number three seed.

Junior pitcher Lucas Bole, who played his first season on varsity baseball this season, said that he felt good about his play during this season, but he still has room to improve.

“I felt okay about my performance this season,” Bole said. “But I definitely have room to improve.”

Bole feels that his team played very well, earning a spot in the playoffs, but missed some rivalry games that would have been fun to win.

“Our team did really well by making the playoffs,” Bole said. “But we fell short in some of the rivalry games that would have been really fun to win.”

Bole said that his first year playing on varsity was a great experience, he had good playing time and was surrounded by great teammates.

“My experience was great,” Bole said. “I got to play a good amount and was surrounded by a lot of really funny guys”.

Bole was very excited to play in the playoffs and be able to have an opportunity to see if his team can keep their season alive a little longer.

“I’m excited about playing in the playoffs and seeing if we can keep our season going a little longer,” Bole said.

Sophomore Cole Miller played on varsity this season as a pitcher. Miller said that he felt like he played okay during his first season on varsity but still has room for improvement.

“I thought I did okay,” Miller said. “But you can always play better.”

Miller said that he had lots of fun playing baseball this season and is looking to improve by playing select baseball during the summer hoping to improve his play prior to next season.

“I had a lot of fun playing with my team this season,” Miller said. “I am playing summer baseball.”