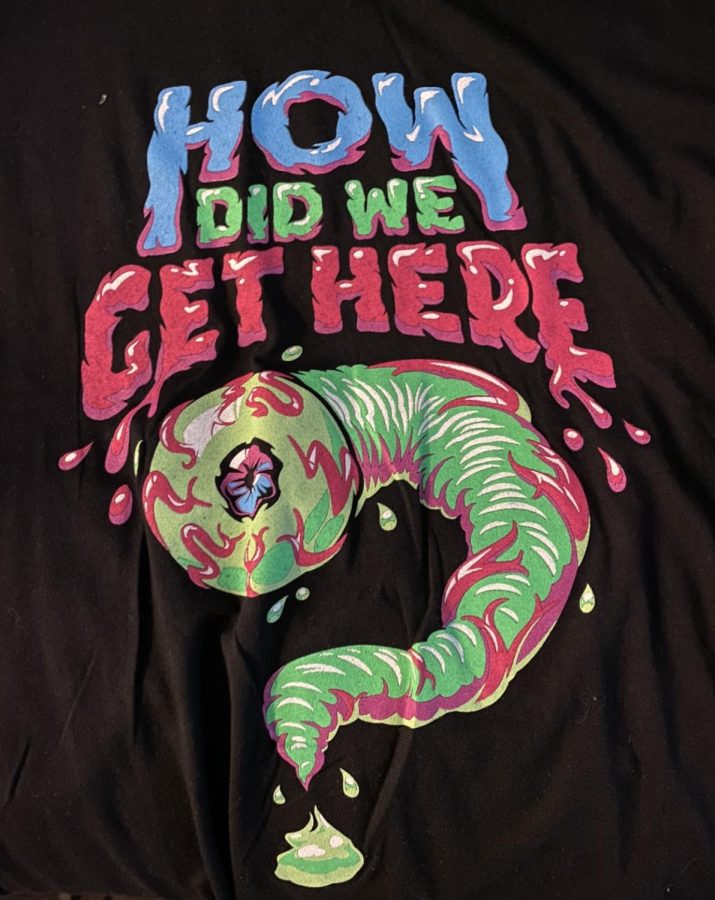 Jacksepticeye has had merchandise created to advertise the documentary.

For all Jacksepticeye fans, get your tissues ready and sit back as Jack’s How Did We Get Here live stream tour brings you on a journey throughout his life.

Sean Mcloughlin, also known as infamous Irish YouTuber Jackspeticeye, had his documentary premiere on February 28, exclusively to the streaming platform Moment House. Tickets to see the documentary were about $17 each, the afterparty tickets were about the same amount, and the meet and greet tickets were about $50. I purchased both the standard ticket and the afterparty ticket. Unfortunately, the meet and greet tickets sold out within the first day of announcing the pricing.

Watching a documentary delve into the personal life of an infamous YouTuber was an experience. Being a huge fan, I felt inspired and empathetic toward many of the struggles and happy moments that Jack went through during his progression to success. His words put a smile on my face and I teared up twice. Jack spoke less about himself and more about how his fans were impacted and how they provided for him. More importantly, he reviews how he got to where he was through hard work and dedication. His ending message in the documentary is that we shouldn’t give up and we should write our own story and success.

Originally I was a bit disappointed to see that the documentary couldn’t be viewed by fans that were from certain areas of the world, only in Europe, the UK, Africa, North and South America (east and west), Asia, Australia, and lastly New Zealand. However, Jack sent a follow-up video about a day after the documentary and informed fans that he was working hard to make the documentary available to everyone. Jack’s attention to his fans’ wants is both endearing and well done as a content provider.

The How Did We Get Here documentary is truly a heartwarming behind-the-scenes look at how Jacksepticeye managed his early life in the big world. I’m looking forward to the rest of his fanbase having an opportunity to watch and enjoy this like I did.