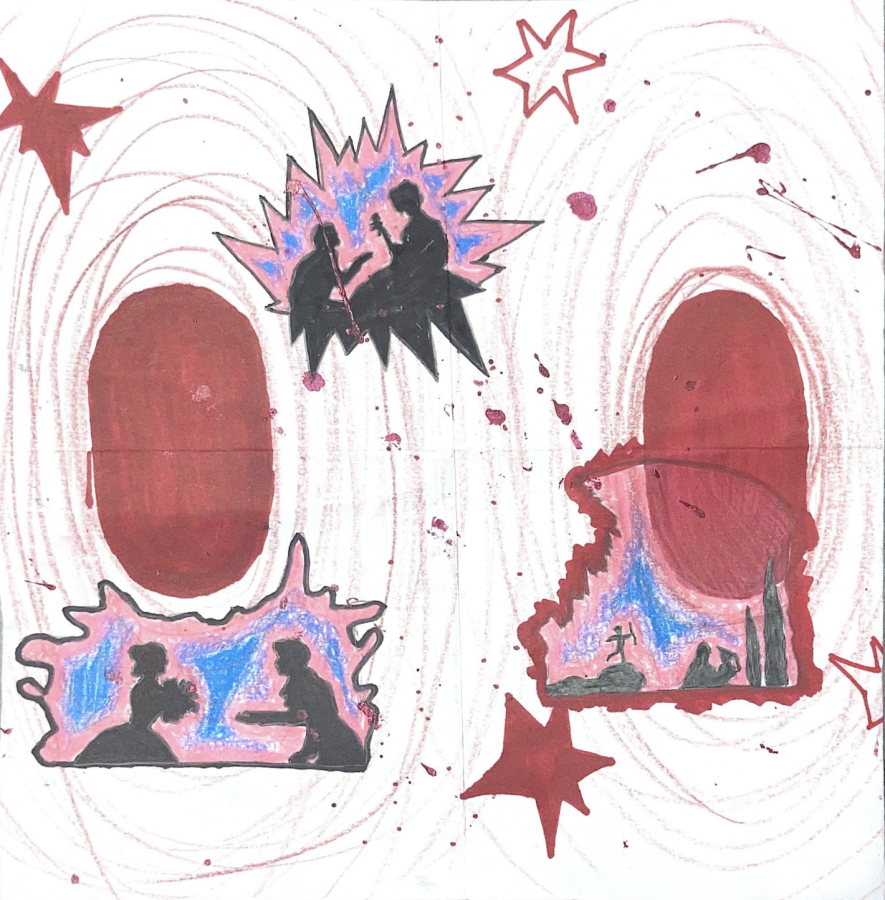 Media now has a higher effect on its audience than ever, teenagers and young people especially.

On social media and within myself and my friends, I’ve noticed a shrinking in the distance between screen and self. As we further and further incorporate internet and media consumption into our personal relationship and alone time, media now has a higher effect on its audience than ever, teenagers and young people especially. Every Sunday for eight weeks Twitter was overrun with people talking about the latest airing episode of Euphoria. Quick and rampant in their reactions, it would get spoiled pretty much as soon as the episode would drop and there would be discourse on a scene before the episode even ended.

Much of this discourse surrounded toxic relationships, and more specifically romanticizing them. The level of impact media currently has on its viewers calls for wariness on the part of the creators of what they are showing on screen, especially when they have a younger audience. Growing up with tv and movies readily available to us, we learned through watching television. Sesame Street taught me to count, how to be a friend, Nickelodeon shows taught me how to interact with the world and what to expect when I got to be a teenager (massively exciting). Now that I’ve reached that age I continue to turn to shows and movies to teach me about life and I find stories I don’t want to model my life after. So what then?

This is where we, the audience, come in. When movies and TV are showing us stories of abuse, manipulation and unhealthy relationships it’s important to view it with no buts (violent but passionate, painful but deep, toxic but meant to be, etc). We need to take these toxic, bad things only as they are, toxic and bad. We can use these pieces of media to empathize with the victims of abusive relationships and grow understanding of difficult situations in life.