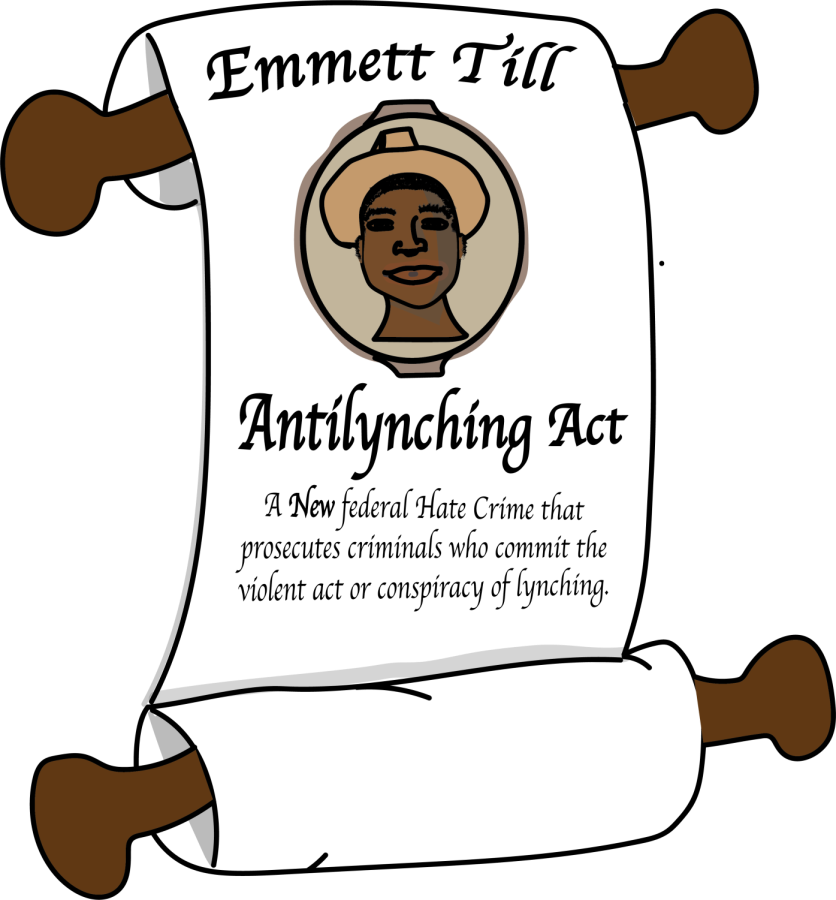 The Emmitt Till Anti-lynching Act creates a distinction between murder and lynching.

In the summer of 1955, Emmett Till’s life was taken from him after he was falsely accused of whistling at and grabbing a white woman. The woman’s husband and his brother forced Emmet into their car, killed him, and left his body to be found three days later, horribly disfigured. These two men went on trial in September 1955 and were found not guilty by an all-white jury. Now, over 150 years since Reconstruction in the South, it is long past the time that the US classify lynching as a federal hate crime, with commensurate punishments for those who take part in such a heinous act.

Thankfully, US Representative Bobby Rush, introduced the Emmett Till Anti-lynching Act which passed in both the US House of Representatives, the Senate, and has now been signed by President Biden. This will finally make lynching a federal hate crime with a maximum sentence of up to 30 years in addition to other charges brought against the criminal. This not only gives a new source of power to people in need of justice, but can also be used as a backstop when state charges against a defendant do not stand. We also need to pay attention to how long it took to bring this Act to life and others like it. If this law took over 200 attempts and over 150 years to pass, how long will it be until the U.S. is truly an equal and united country?

This long fought case seeking justice for Emmett Till, this case demonstrates just how long our nation has been battling systemic racism. No one could understand this more acutely than Mamie Till Mobley, Emmett Till’s mother. After Emmett Till’s murder, Ms. Mobley, chose to have an open-casket funeral for her son so people could see what had happened to him. Before long, mainstream media began to report on the story and the way Emmett Till’s violent murder began to capture the attention of more and more people in the United States. It was the image of the Emmett Till’s murdered body in the casket that stuck with Representative Rush for decades. While this case shows that it is possible to make a change, through all of this, it still took over 200 attempts to pass. 200 attempts.

The Equal Justice Initiative estimates that during the period 1865 and 1950, over 6500 Americans were lynched, and their perpetrators most often faced no consequences. Emmett Till’s murder highlighted the brutal nature of segregation in the South and is also seen as one of the sparks that lit the Civil Rights Movement in the US. To quote Representative Rush, who introduced the bill, “Lynching is a long-standing and uniquely American weapon of the racial terror that has for decades been used to maintain the white hierarchy.” The bill that Rush introduced would make it possible to prosecute lynching as a hate crime with a maximum sentence of only 30 years (10 years at first). Now, after all of this time and effort, one can only hope that punishments for hate crimes throughout America will give victims and their families the justice that they deserve.

Now signed into law by President Biden, the new act amends the existing federal criminal code signed into law in 2009 under the Matthew Shepard and James Byrd Jr. hate Crimes Prevention Act. The Emmitt Till Anti-lynching Act creates a distinction between murder and lynching. Lynching is commonly understood to refer to illegal mob action that results in the hard or murder of an individual based on their race, religion, sexual orientation, or other characteristics. This law effectively allows for greater punishment for hate crimes when people act together to commit them.

Finally, Congress has successfully passed this important piece of legislation which reflects our country’s acknowledgment of its shameful past and the force with which the US will prosecute those who violate it. Through legislation alone cannot heal the wounds caused by the terror and violent act of lynching, we have taken a long delayed step forward as a country. Now, it will be time for the US Department of Justice to use the power to prosecute criminals under this act.