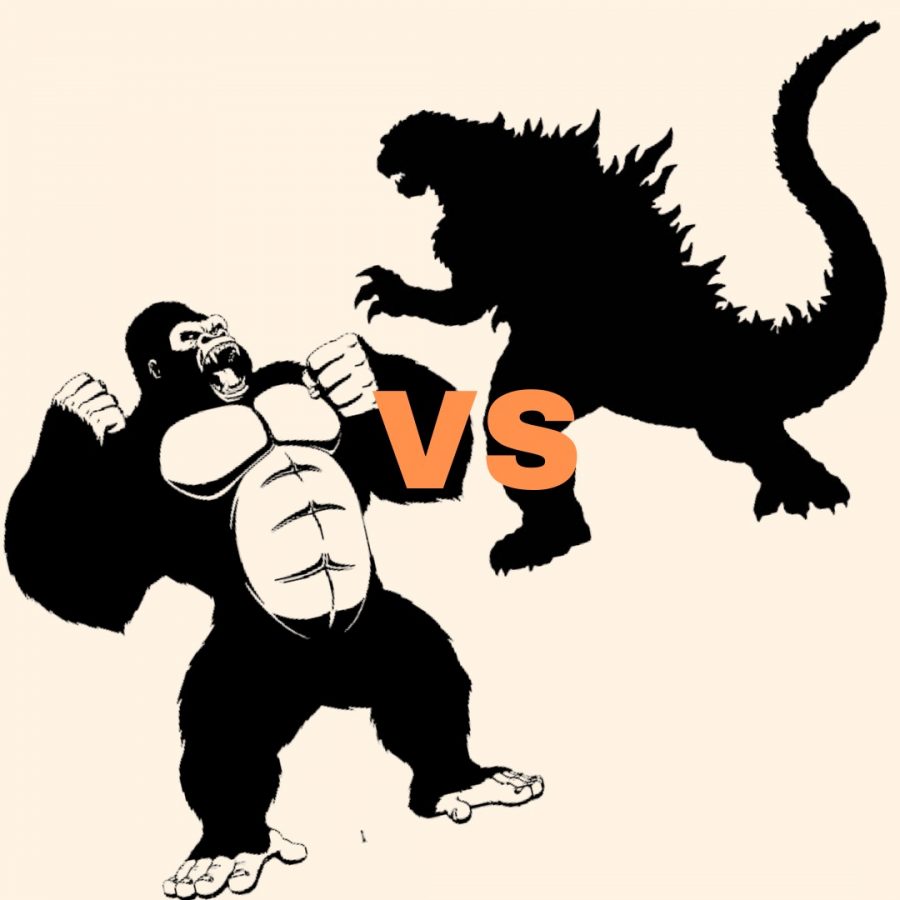 Recently, I was able to see the newly released, Godzilla vs. Kong on HBO Max, and it was exactly what I expected going in, which is both a positive and a negative. There are two main story lines in the movie that are cut back and forth between throughout. The first of which is about a team trying to relocate Kong after he realizes what he thought was the wild, was really just a simulated environment. Complications ensue of course, given it is a movie, and Godzilla starts trying to kill King Kong. The second storyline is about a few characters investigating the company Apex Cybernetics, looking for the cause of a seemingly unprovoked attack on one of the company’s facilities.

Each storylines has its own set of characters, who weirdly never interact with each other. If you want you can play a fun challenge while watching this movie by trying to remember the main characters’ names. In the first of the two, Rebecca Hall plays Ilene Andrews, who is working to relocate Kong. She is also the adoptive mother of Jia, played by Kaylee Hottle, a young, deaf girl who is the only person who can communicate with Kong. Nathan Lind, played by Alexander Skarsgård is another person on this mission. There isn’t really much to say about these characters because the movie doesn’t even really try to make them interesting. These characters are extremely cookie cutter and don’t really have much to make you remember them.

The second storyline is about Madison Russell, the daughter of an Apex Cybernetics scientist, played by Millie Bobby Brown. She is joined by her friend Josh Valentine played by Julian Dennison, a decently funny comic relief character. After Madison is suspicious of the company Apex Cybernetics because of a recent attack on them from Godzilla, they team up with Bernie Hayes, played by Brian Tyree Henry. Bernie is an employee of Apex Cybernetics and a podcaster Madison is a fan of, who discusses Titans such as Gozilla and King Kong. While these characters are more entertaining than the others, they are still extremely uninteresting and forgettable.

Though these characters aren’t all that good, the movie doesn’t focus on them enough for it to be a major detriment to the film, almost as if they know they aren’t interesting. Their only real purpose is to set up the fights and explain what is going on. Despite this, the movie is kept interesting by all the monster stuff. The monsters and the fight between them is very well executed with great visuals, good pacing, and pretty good fight choreography for the CGI monsters. If this aspect of the movie was done poorly, the film would just be a boring mess, so I’m glad it is done well here.

While this movie isn’t bad, it doesn’t really impress me as a whole. It was a good enough monster movie, and not much more. The monster stuff is well done and the human stuff, though uninteresting, is not there enough to be boring. If you want to watch a movie where Godzilla and King Kong fight, you’ll probably enjoy this, though you will probably forget about it pretty quickly.

This movie is extremely serviceable as a fun enough movie about Godzilla and King Kong fighting, but the lackluster characters keep it from being a truly great movie.

This movie is a fun time, and not much else. It executes the battles between the titular characters very well, making for some really fun fight scenes, but the movie falters some when looking beyond those great moments.