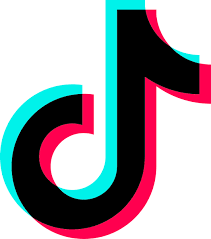 Tik Tok, the re-branded Musical.ly, has swept over social medias and Bowie. In this app, you overlay other sounds, videos and songs to a video you make. This app has not only blown up, but so have the users. Many students at Bowie have received a lot of attention from their Tik Tok videos and have become very popular in the app.

“I downloaded TikTok around July because I made a video with my friend on his account and it blew up,” junior Cody Gray said. “From there I gained around 10k followers and I decided to make my own videos. Ever since then I’ve blew blowing up. I’m currently at 40k and growing.”

There are a variety of videos made in the app. Whether it is comedy, dancing, skits, or singing, many students find videos that they enjoy.

“I have been on TikTok for about 7 months, I have around 92k followers,” sophomore Blaike Long said. “I think TikTok is so dumb and funny that I could just sit on it for hours watching people’s videos. My videos are all over the place, [and] I do a lot of dances.”

Some users get a viral amount of views, but don’t always get recognition for their videos. Though, not all users mind the lack of attention about their videos in public.

“A lot of people don’t know that I’m TikTok famous, and I think it is because my hands were [the only thing] in the video, and no one knew it was me,” Long said. “I like being TikTok famous but at the same time I don’t like it when people talk about it right in front of me.”

It has been said by many users that it is easy to get addicted to watching TikTok videos in their free time.

“I think TikTok is so dumb and funny that I could just sit on it for hours watching people’s videos. My videos are all over the place, [and] I do a lot of dances,” Long said.

TikTok has a “For You” page, where you scroll through other popular videos and can lead to videos gaining a viral amount of views. “I started posting publicly on TikTok for about three weeks now,” senior Andrea Otti said. “I don’t think I blew up, but there was this recent video I made about the show Gossip Girl which currently has over 70k views.”